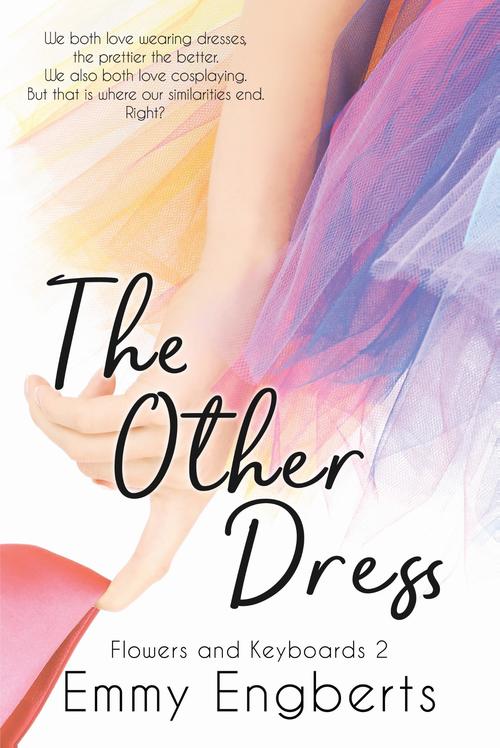 We both love wearing dresses, the prettier the better.
We also both love cosplaying.
But that is where our similarities end.
Right?
Nobody would call Elliot a flashy person, he's calm and kind, spending most of his time with his nose in books or playing games. But when he's finally brave enough to cosplay loud and cheerful Aoi, a female character from Magical Princess Club!, at AmAnime it changes everything. Especially when he's swept off his feet by a girl cosplaying Sakura, Aoi's best friend.
Can he really expect more than friendship when he's dressed like someone else entirely?
Izzy lives for cosplaying and conventions. She loves dressing up as magical girls because when she slips into their characters, she transforms a little too. Cosplaying and dressmaking are her ways to deal with the discomfort she feels over the body she was born in, making her feel more like her real self.
And cosplaying at AmAnime is the highlight of her year. Meeting friends, showing off her skills... And this year, somehow being face to face with a person who makes her heart beat faster than ever before.
She's always thought that dating would be out of the question, but is it?
When Elliot and Izzy impulsively team up for the yearly cosplay contest, they may win more than just a trophy...
This is the second book in the nerdy Queer Young Adult series Flowers and Keyboards.