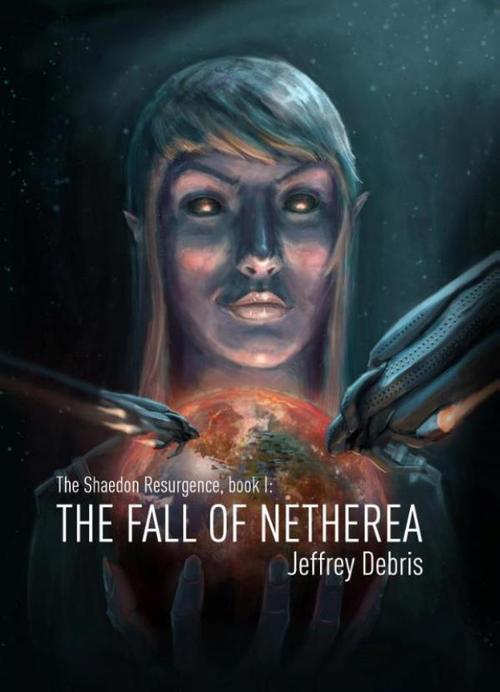 When Netherea is struck by a cataclysm that destabilizes its core, its inhabitants immediately start to evacuate their entire population from the planet. Räz Numera and his colleague Langruff, both from the Ninth Circle of Windmasters, are sent down to assist with the evacuation and investigate the cause of the disaster.

Shortly after the cataclysm strikes, the elemental balance is affected galaxy-wide. A young Earthmaster student named Grummus and his mentor, Tryu, are stuck on the planet Saridia, where Grummus was undergoing his Rite of Ascension. Tasked with guarding a seed of life, Grummus desperately tries to get it back home safely before it withers.

When the true reason behind the cataclysm is unveiled, it becomes evident that a plan has been set in motion by a race thought to be extinct. The Shaedon have begun their resurgence.

The Fall of Netherea is Jeffrey Debris' debut. It is meant for adults but can also be read by young adults from sixteen years onwards.