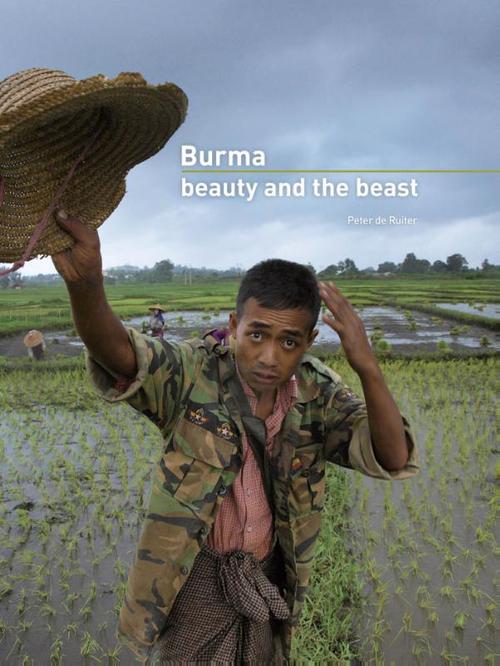 Burma: beauty and the beast

Visitors to Burma are universally touched by the exquisite beauty of the country and its people, but the atrocities of the beast that has governed Burma for 50 years are less evident to the casual visitor. Award-winning Dutch writer and photographer Peter de Ruiter captures both in Burma: Beauty and the Beast, the most complete book on Burma currently available, and the only one of its kind published as an ebook. In this book, richly illustrated with 300 lively and often moving photos, Peter de Ruiter relates what he discovered while travelling in Burma. The photos and descriptions are supplemented by boxed texts chronicling the disheartening state of Burmese society: deplorable health care and educational systems, discrimination against ethnic minorities, and a regime that has been systematically exploiting the countrys natural resources and pocketing the profits. What emerges is a picture of 'a country moving back in time'.

Peter de Ruiter also writes about his experiences visiting Burmese refugees who are exploited by factory owners in Thailand, and adds in-depth stories on topics such as child soldiers and the illegal trade in Burmese teak. An interview with Thant Myint-U, grandson of former UN secretary-general U Thant, yields valuable insights on the future of the country. The volume concludes with a chapter on the pros and cons of travel to Burma and an extensive list of books and films.

Peter de Ruiter
Peter de Ruiter (1960) is known for his writings and photos on human rights, including, in particular, his book A world for children - Growing up without child labour. That volume has been published in Dutch, English and French and presented to the European Parliament, the International Labour Organization (ILO), the United Nations and the Dutch parliament. Together with associated exhibitions in Paris, London, Berlin and The Hague, the book has served as a highly effective instrument in the battle against child labour.