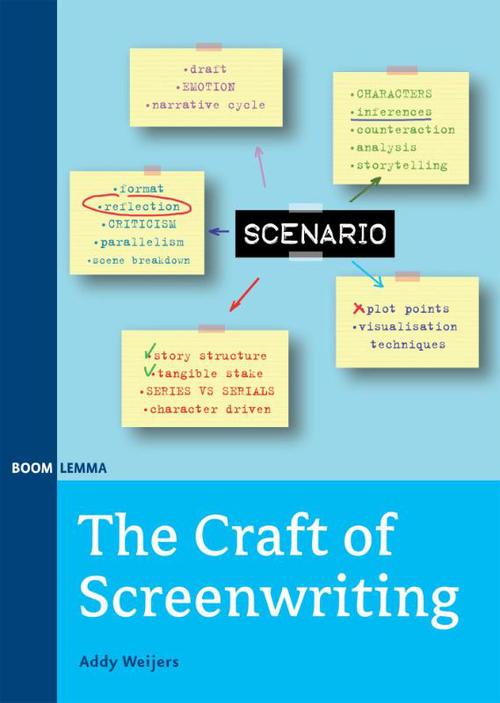 The craft of screenwriting

Isnt it ironic? Screenwriting is not something you learn from a book, or a talent that just falls into your lap. Nevertheless, without talent you will never become a great scriptwriter. Above all scriptwriting is a craft that you learn to master by writing, reflecting, and rewriting time after time. A book can help you with that. This book will hopefully encourage you to study scripts or reflect on movies and TV-drama. It will sharpen your view on the basics of storytelling and dramatic characters. Reflection and analysis are at the base of the progress of every screenwriter. Once you write scripts yourself, it is equally important to get criticism. That is never fun but often very instructive.

In this book theory, analyses, backgrounds and practical matters are discussed in a series of consecutive and cohesive chapters. We will travel around in the beautiful world of the script, and illustrate both the practical side of screenwriting and the more objective, analytical side. Certainly in screenwriting, these two aspects are closely interrelated. The one cannot exist without the other.
This book is not a step-by-step guide towards a great script. Of course you can read it from beginning to end, but hopefully you will return to parts of the text every now and then.

Addy Weijers is lecturer Communication Studies at Radboud University Nijmegen and teaches script writing at the International Media and Entertainment Management Academy of the NHTV in Breda. He has worked as a scriptwriter, script analyst and script doctor for film and television at the KRO broadcasting company for more than 15 years. He created and (co)wrote several television series including the long running police show Russen.