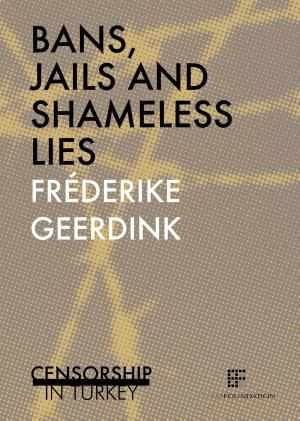 Press freedom in Turkey is a hot topic. If a (well known) journalist is detained, prosecuted or sacked in Turkey, the news is covered in full in many Western countries. Nevertheless, many articles and reports reveal only a part of what really happens: they tell the story of the journalist, newspaper or TV broadcaster involved, but not that of the underlying mechanisms. No wonder: these are not easy to explain in a paragraph or two, or in two or three minutes. On the one hand, the lack of press freedom in Turkey is an extremely brief story - it doesn't exist - but on the other it reveals a knot of undemocratic laws, feeble journalistic traditions and huge economic and political interests that are hard to entangle. For the first time this booklet takes the covers off the mechanisms, illustrated with examples to render the Turkish media landscape as intelligible as possible. It has been written by the journalist Fréderike Geerdink. She was a correspondent in Turkey from 2006 to 2015, when she was deported by the Turkish authorities for doing her work as a journalist. Over recent decades, dozens of journalists in Turkey have not survived the lack of press freedom in their country. A number of their portraits have been included in this booklet in commemoration of them.
A publication of the Eva Tas Foundation.
The Eva Tas Foundation encourages publication and promotion of texts that are, no matter where and no matter how, subject to censorship.