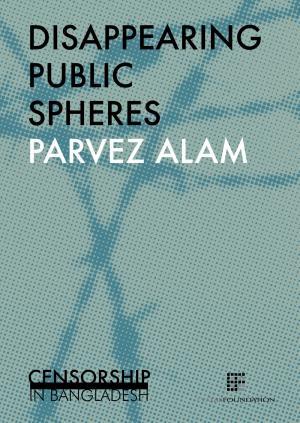 'State of Nature' and 'State of exception' have become the only two options for the people of Bangladesh recently, where writers, bloggers and publishers are getting killed by Al-Qaeda affiliates and persecuted by the Government. Empowerment of polarizations such as 'secular' verses 'Islamists' have also empowered the ruling regime and Islamist extremist groups. Severe censorship on all kind of media has suffocated freedom of expression. New public spheres that had emerged in the internet era are also in decline under terror, censorship, intimidation, and curfew.Several bloggers, writers, publishers and activists have become victims of terrorist attacks in Bangladesh, with most of them killed. As a culture of impunity persists, many have been forced to leave the country, and Parvez Alam is one of them. Parvez is a Bangladeshi blogger and writer who has written several books in his own language on history of Islam, secularism in Bangladesh and political Islam. He is also an activist who worked with several social and political platforms until he had to leave Bangladesh in the face of death threats and being featured in several hit lists. In Disappearing Public Spheres he outlines the major events that unfolded in Bangladesh during the recent years and analyses the rise and decline of internet era public spheres in his country. As a close witness, he writes a history of slow death and transformation of heterotopic spaces where once the internet era revolutionaries of his generation had united and expressed themselves. It is also a personal story, and a history of revolutionary utopia coming to an end. It is a history of death and persecution, censorship and autocracy.
A publication of the Eva Tas Foundation.
The Eva Tas Foundation encourages publication and promotion of texts that are, no matter where and no matter how, subject to censorship.