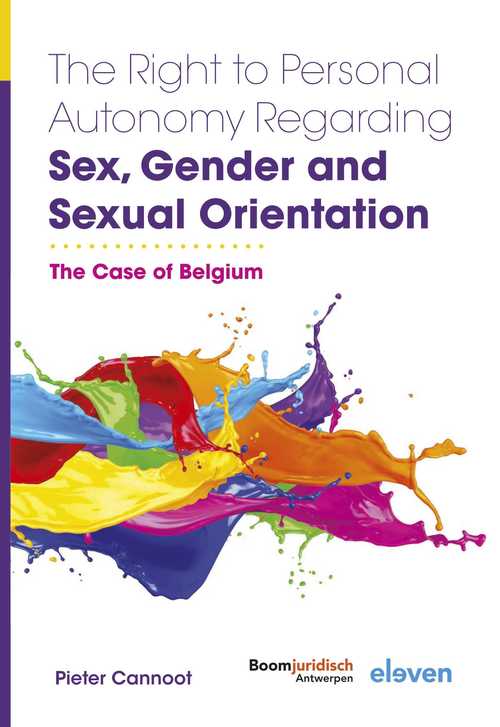 The Right to Personal Autonomy Regarding Sex, Gender and Sexual Orientation

In recent years, the fundamental rights of LGBTIQ+ persons have received increased legal attention at the international and national level. Considerable legal progress has been made in a short period of time, even though at the same time a divergent trend is occurring in several countries around the world.
The Right to Personal Autonomy Regarding Sex, Gender and Sexual Orientation investigates whether a legal framework based on (the recognition of a right to) personal autonomy regarding sex (characteristics), gender (identity/expression) and sexual orientation could still enhance the legal status of LGBTIQ+ persons. To this end, it makes use of the Belgian legal order as an illustration of a Western national legal system that is responsive to human rights claims of sexual minorities, but remains anchored in heteronormative stereotypes.

The author not only addresses the question to what extent the present legal framework recognises, protects and fulfils the rights of sexual minorities, but also how potential gaps in legal protection could be tackled. Specific attention is given to the role and value of the constitutional entrenchment of a right to personal autonomy over one's sexual identity in advancing the inclusion of LGBTIQ+ persons in law.